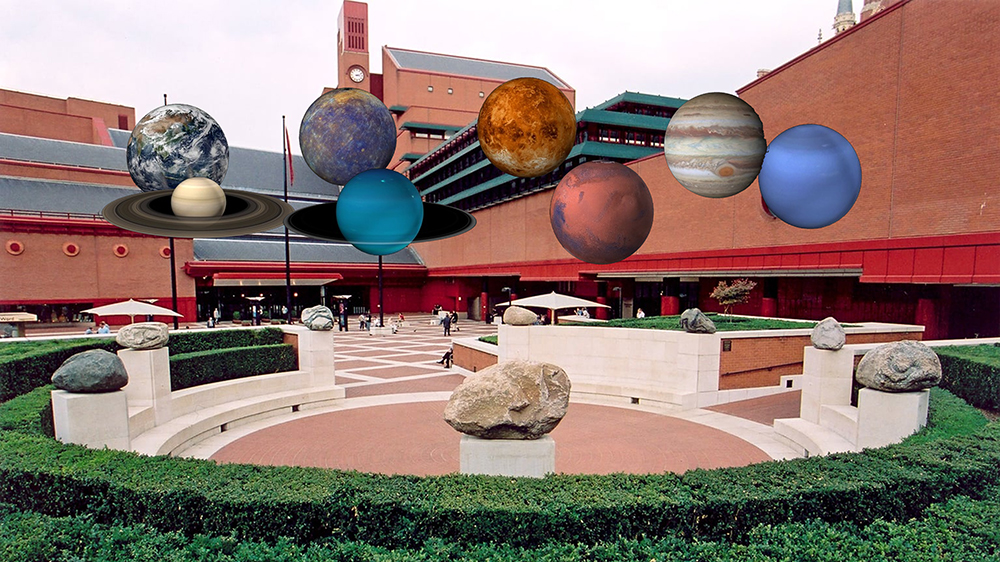 Poems from the Planets, A performance of seven stories

In July 2002, Antony Gormley installed Planets, eight boulders with incised human forms placed on existing plinths around a circular space in the front piazza of the British Library. According to Gormley, “The work celebrates the dependency of the body on the material world in this library, which is the repository of the fruits of the mind.”

With its orbit, planets and ancient stones, Planets refers to timeless connections between man and environment and the physical properties and natural elements that they share. In response to this work, Demelza Watts will work with local school children of Maria Fidelis Catholic School to collectively compose seven illustrated poems for a special one-off performance at the Poet’s Circle at the British Library. Each of the students will perform their poems in front of the relevant planet sculpture, leaving the earth spot empty.