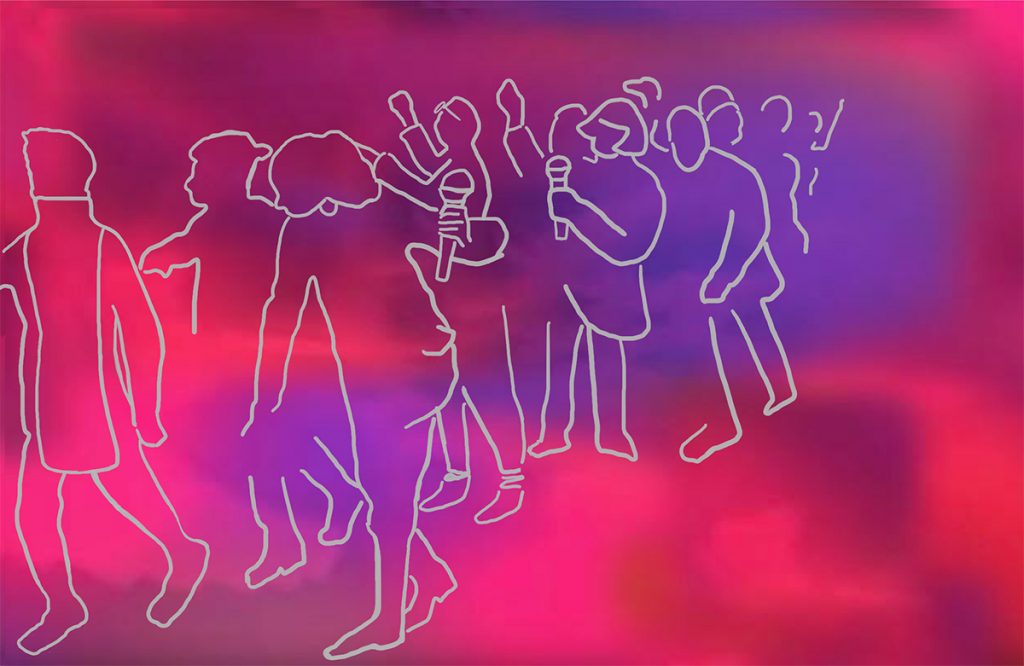 Human Microphone amplifies voices through the power of karaoke. This participatory project by Dorothy Feaver & Stella Scott entreats singers to sustain an entire night devoted to ‘Stay Another Day’ by East 17.

The local anthem put Walthamstow on the map, and for Art Night, its core sense of yearning is channelled through its place of origin. The performative live event is a platform for multiple renditions of the song, testing the point at which message becomes mantra. Captured on film for a nationwide audience, Human Microphone activates the civic history of The Chequers, a public meeting place dating back to the 17th century.

A collaboration with Alice Dunseath and Oliver Smith. Music by Jacob Samuel with thanks to Bianca Scout.

Please note: The performance is being filmed. By participating you consent to your likeness being used in any video, photography or audio materials of the event and waive rights to the usage of these materials.