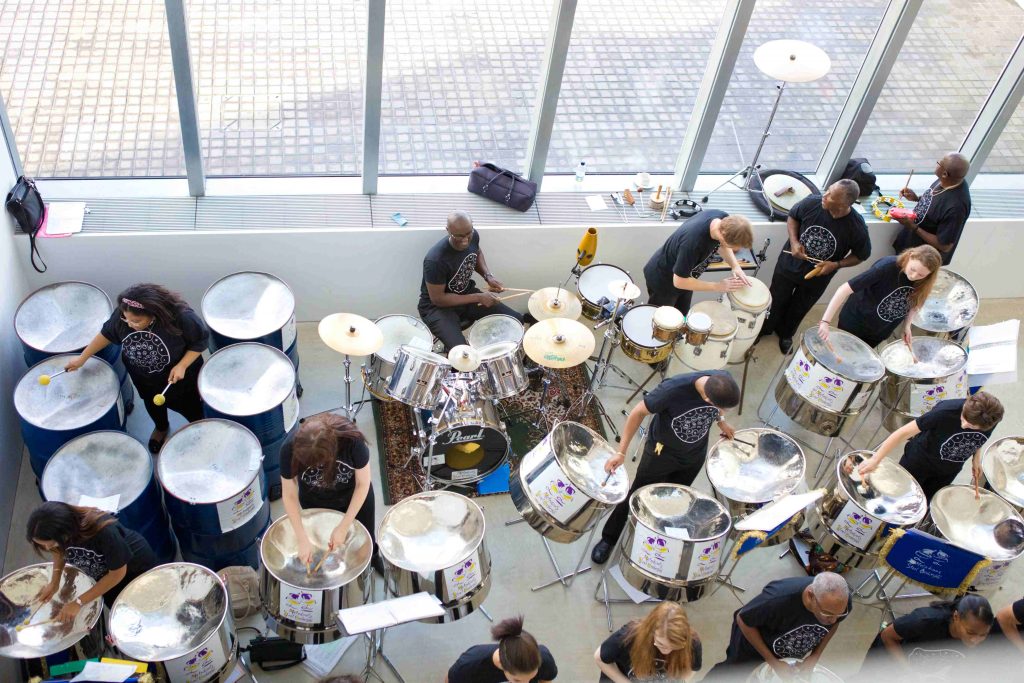 Hope, Love and The Future

This live music performance is a selection of tunes from the 1980s and 1990s that brings memories and thoughts of Hope, Love and The Future in a full range of genres from Latin, Pop, Jazz, Rock, Calypso and Acid House. From Queen’s ‘Bohemian Rhapsody’ to Leonard Cohen’s ‘Hallelujah’, each piece is a classic of the era specially arranged for the Melodians, giving the audience a glimpse into the world of steel band music.

The Melodians Steel Orchestra UK, founded by Terry Noel MBE JP in 1987, is based at the Henry Cavendish Primary School in Balham and has a membership of 33 male and female Melodians. Steel pans originated in Trinidad and each instrument is made from one or more 45 gallon oil drum in a lengthy process that requires sinking, grooving, cutting, ponging and tempering, before the final tuning. The many different instruments provide the full range of an orchestra from the tenors, small pans with the range of a violin, to the basses created from 6 full size oil drums.

Supported by Art Night
With thanks to in-kind venue support by Argent.