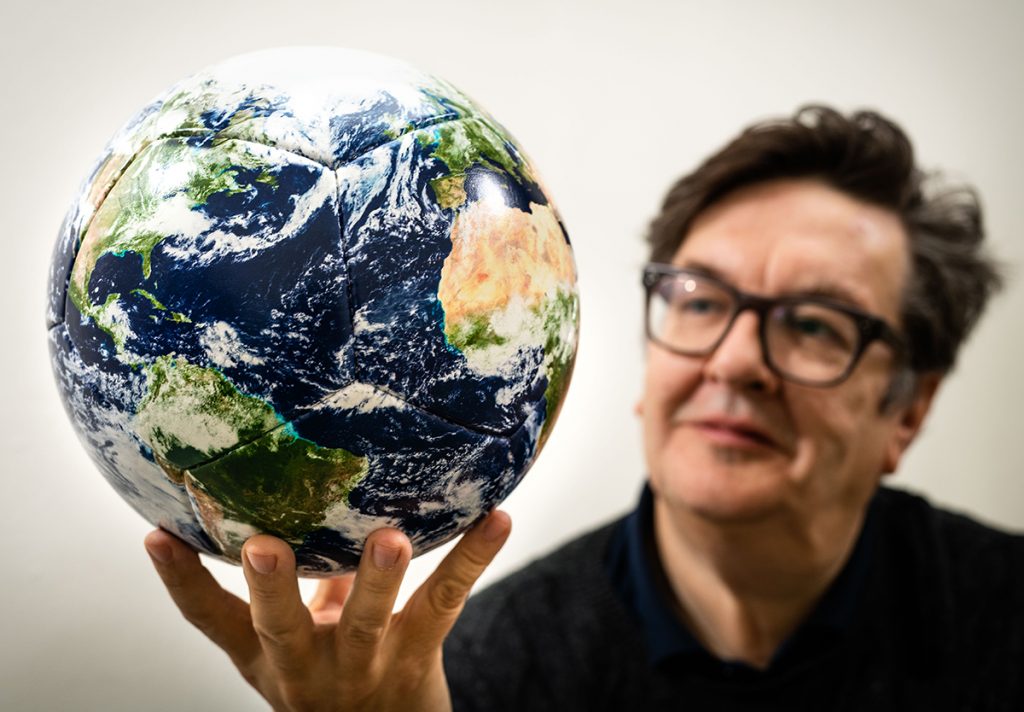 The OOF Cup, an art world five-a-side football tournament presented by the team behind the world’s first art and football magazine, takes that competitive spirit to its logical conclusion. On the evening of June 22nd, teams from Lisson Gallery, The Art Newspaper, Victoria Miro, Christie’s and a host of other art world names will battle it out for the honour of being crowned winners of the inaugural OOF Cup.

Each match will be played with a ‘One World’ football, designed by Turner Prize-winning artist Mark Wallinger. The OOF Cup promises to be a unique and dramatic late-night event in the heart of Walthamstow, so come along, pick a team and cheer on the art world pros as they swap the familiar surroundings of the gallery for football under the lights. Whatever the outcome, it’s going to be entertaining.

Presented and curated by OOF

‘One World’ football by artist Mark Wallinger was co-commissioned by 14-18 NOW and Liverpool Biennial in 2018.