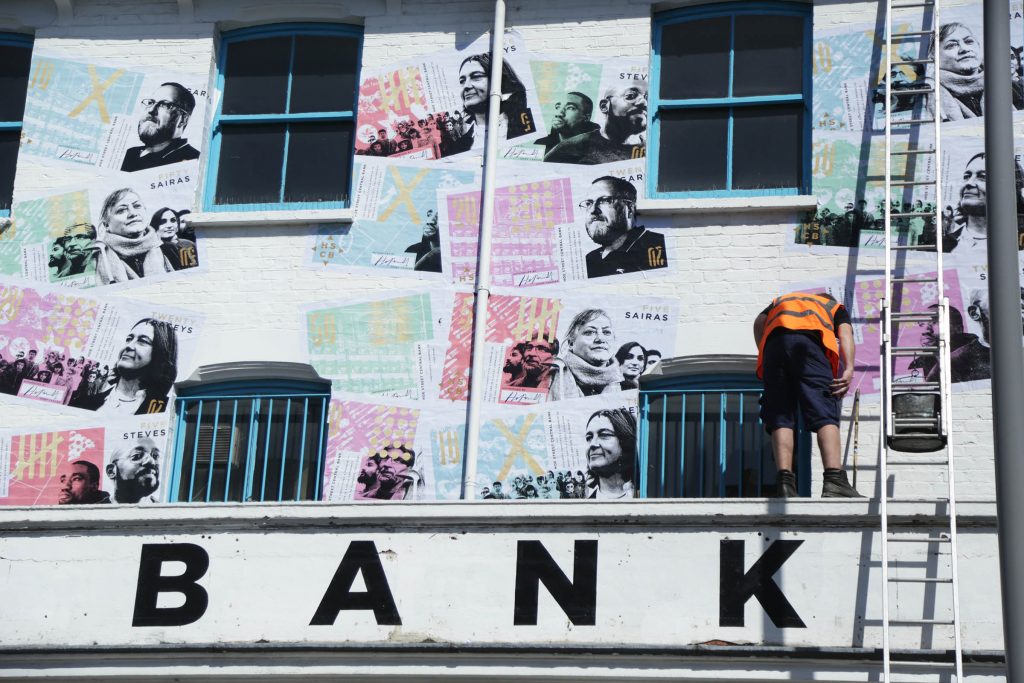 Hoe Street Central Bank opens its doors wide on Art Night to place hope in our collective future with a spot of anarchic joy in redemptive destruction. Throughout 2018, HSCB printed money and established itself as a hub of creative action towards economic change. HSCB will quite literally explode a van containing £1.2M of debt they have bought and cancelled.

Explore the aftermath of their ‘Big Bang 1’ as the van is made into commemorative coins for HSCB bondholders and the bank becomes a space to imagine and create a fairer economy. Witness the process as this community heist of an art project / feature documentary film ‘Bank Job’ reaches its climax.

Image credit: The Bank Job. Courtesy of the artists.